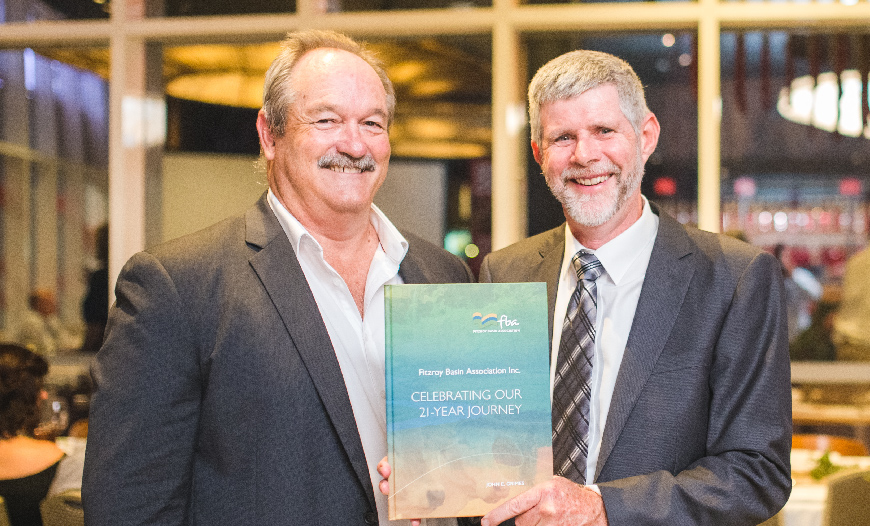 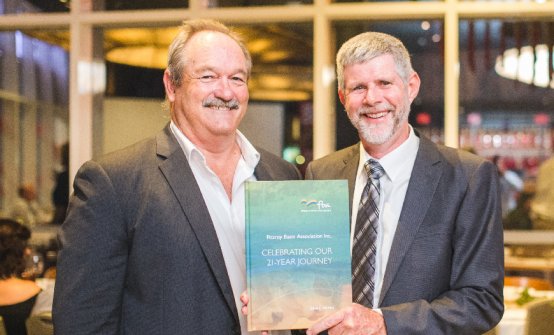 FBA celebrates the launch of its second history book

The 139-page hardcover publication was written by local author John E Grimes and is accompanied by stunning images from across the region.

The history book was just one aspect of the 21st anniversary festivities and was accompanied by six regional events held across FBA’s Region. The publication was created at the request of FBA’s Chief Executive Officer (CEO) Paul Birch unbeknownst to many. It was unveiled much to the surprise (and delight) of key stakeholders at FBA’s last birthday event in Rockhampton earlier this month. 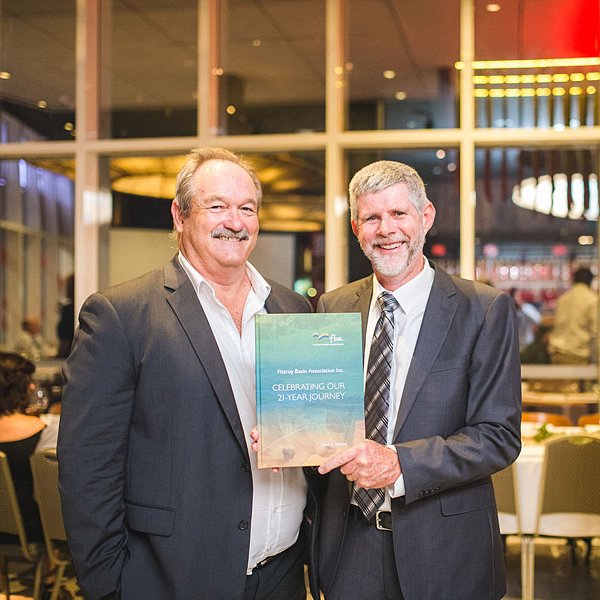 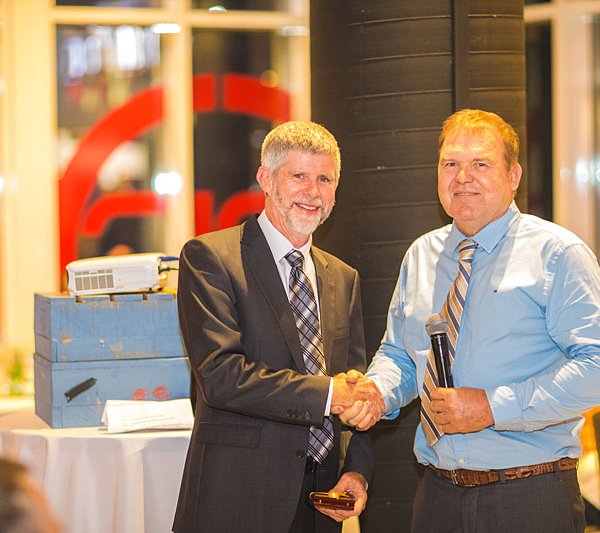 Author John E Grimes says that the publication is the result of a proud affiliation with the natural resource management group. Mr Grimes is known by many as the ‘Godfather of FBA’ and has been a fundamental part of FBA’s formation and development since 1994 (four years proceeding FBA’s official formation). Mr Grimes was formally invited to become an FBA life member during the same celebrations where his history book was launched – joining a highly prestigious club with a mere eight members.

Mr Grimes book will now proudly accompany Fitzroy Basin Association’s first history book published in 2008, written by author and historian Dr Barbara Webster and titled Working Towards a Sustainable Future – a history of Fitzroy Basin Association Incorporated. Both history books will permanently have a home on the library shelves of FBA and can be accessed by interested members of the public.