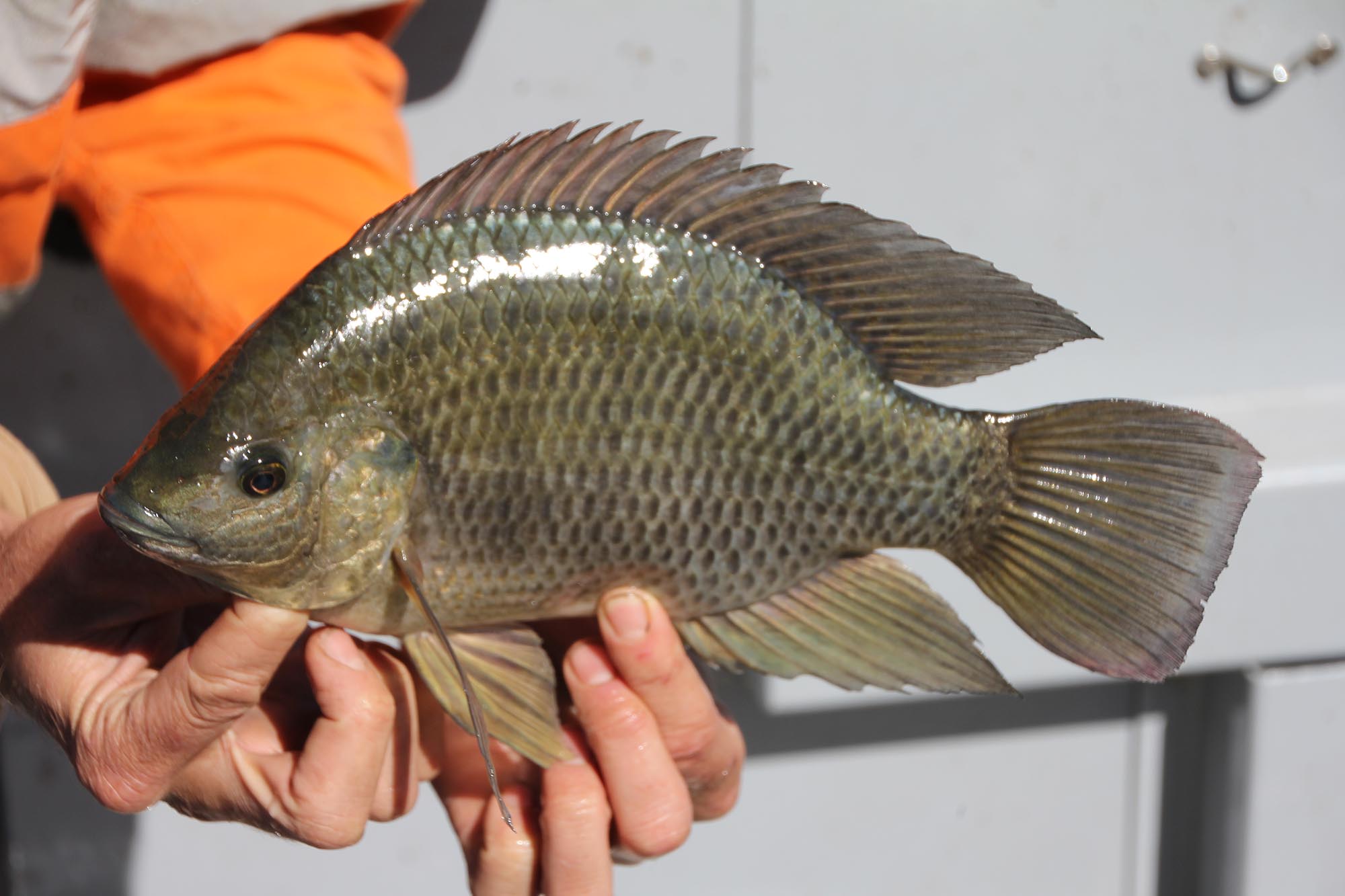 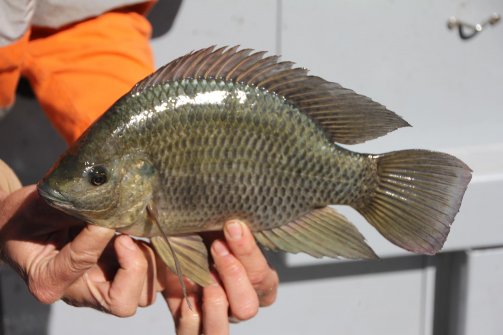 Look out! Tilapia on the move!

Following the significant flooding events experienced within the Basin in early 2017, the public are once again asked to arm themselves with the skills to confidently identify Tilapia.
All reported sightings of the pest fish, dubbed the ‘cane toad of the waterways’, can be reported via realtime on the smartphone app FeralFishScan. Information gathered, including a photo of the suspected fish, will be recorded and data immediately provided to FBA, the Department of Agriculture and Fisheries and Biosecurity QLD.
Several areas within the Basin have established Tilapia populations, including the Fitzroy River. Flooding patterns enable Tilapia populations to breach weirs and dams that may have previously halted their movement.
There exists key waterwayswithin the Fitzroy Basin catchment that need protection as they remain at threat of Tilapia invasion.
Some of these alert areas include the Calliope River, Boyne River and Waterpark Creek  near Yeppoon. Tilapia Map
Distinguishing features of Tilapia include a continual dorsal fin with a pointed tip.
All native fish species feature a split or dip in the dorsal fin.

It is illegal in Queensland to keep or release Tilapia.

The most appropriate method of humanely destroying Tilapia, endorsed by the Department of Agriculture and Fisheries, is a sharp blow to the back of the head, above the eyes. The carcass must then be binned or buried above tidal influences, generally at least 50m from the waterway edge.