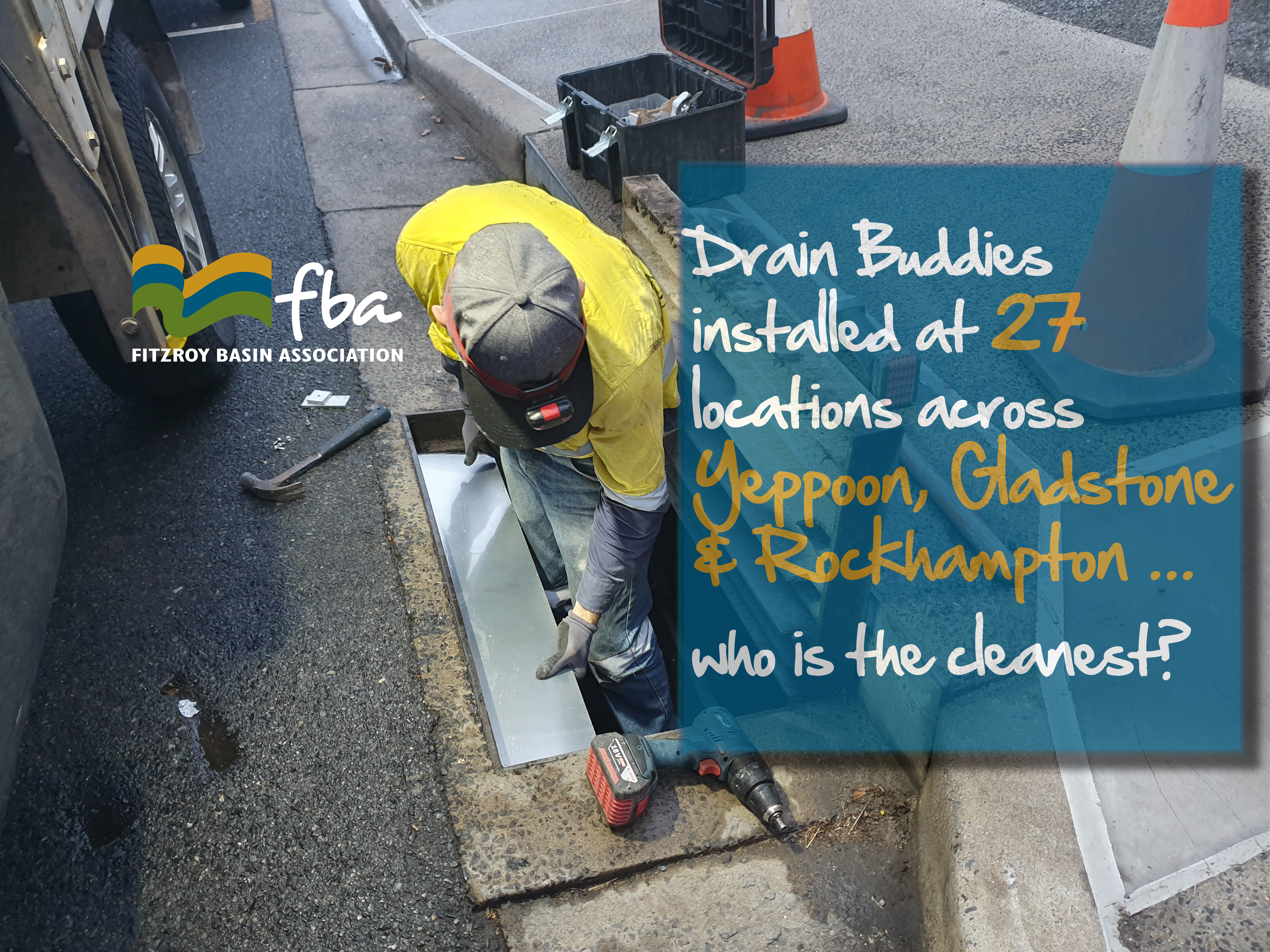 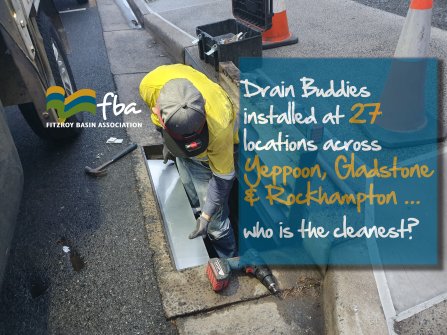 Humans are responsible for 100% of marine debris, and locally, we are about to get a better insight into the waste habits of three of CQ’s largest towns, thanks to a Local Action Community Reef Protection grant for Drain Buddies to be installed at key locations across Yeppoon, Gladstone and Rockhampton.
Fitzroy Basin Association Inc. (FBA) is working in partnership with Cleanwater Group, the Local Marine Advisory Committee (LMAC), local Reef Guardian councils and the community.

The Drain Buddy is a heavy-duty basket that only allows water to pass through, collecting all other matter including litter, organic debris and sediment. Matter that is collected will be emptied quarterly, then sorted, analysed and recorded in the Australian Marine Debris Initiative database.
The data collected from these sites will provide unrivalled insight into what we are throwing away, where it comes from and it will also lay strong foundations for the subsequent success of source reduction campaigns in Gladstone for years to come.
Holly Lambert, FBA’s Community Partnerships Coordinator, says this project demonstrates an upstream solution to a downstream problem.
“This project is exciting for us, as it signals the beginning of a better understanding of human behaviour when it comes to waste in our local communities,” she said.
“From this point forward, we can verify the biggest types of litter and beginning targeting ways to reduce their presence. Reducing marine debris is the aim – but we need to examine why, where and how litter is created to effectively change behaviour.”
The ‘local action’ grants funded by the partnership between the Australian Government’s Reef Trust and the Great Barrier Reef Foundation are designed to strengthen community reef protection actions, by promoting stewardship of local issues by local people.
Cleanwater Group has installed nine Drain Buddies at key locations throughout Gladstone in the last week, as well as in Yeppoon and Rockhampton. Development Manager Aaron Horsley says the instruments are a cost-effective, innovative and a simple solution, having already installed the same systems at thousands of locations across Australia.

“These systems are simple in design and simple in principle – but the data that will be collected from this point forward is going to change the way we examine our litter forever,” he said.

Karl French, Gladstone Local Marine Advisory Committee Chair, says the project holds the potential to change management of marine debris in our waterways.
“The data we collect holds so many possibilities for litter reduction in our region and for the Great Barrier Reef,” he said.
“Marine debris is one of the five key threats to the health of the Reef, so it’s critical to continue building community mindfulness around waste and consumption habits.”
The project is funded by the partnership between the Australian Government’s Reef Trust and the Great Barrier Reef Foundation and is being delivered by the Fitzroy Basin Association (FBA) with support from the Capricorn Coast and Gladstone Local Marine Advisory Committees.