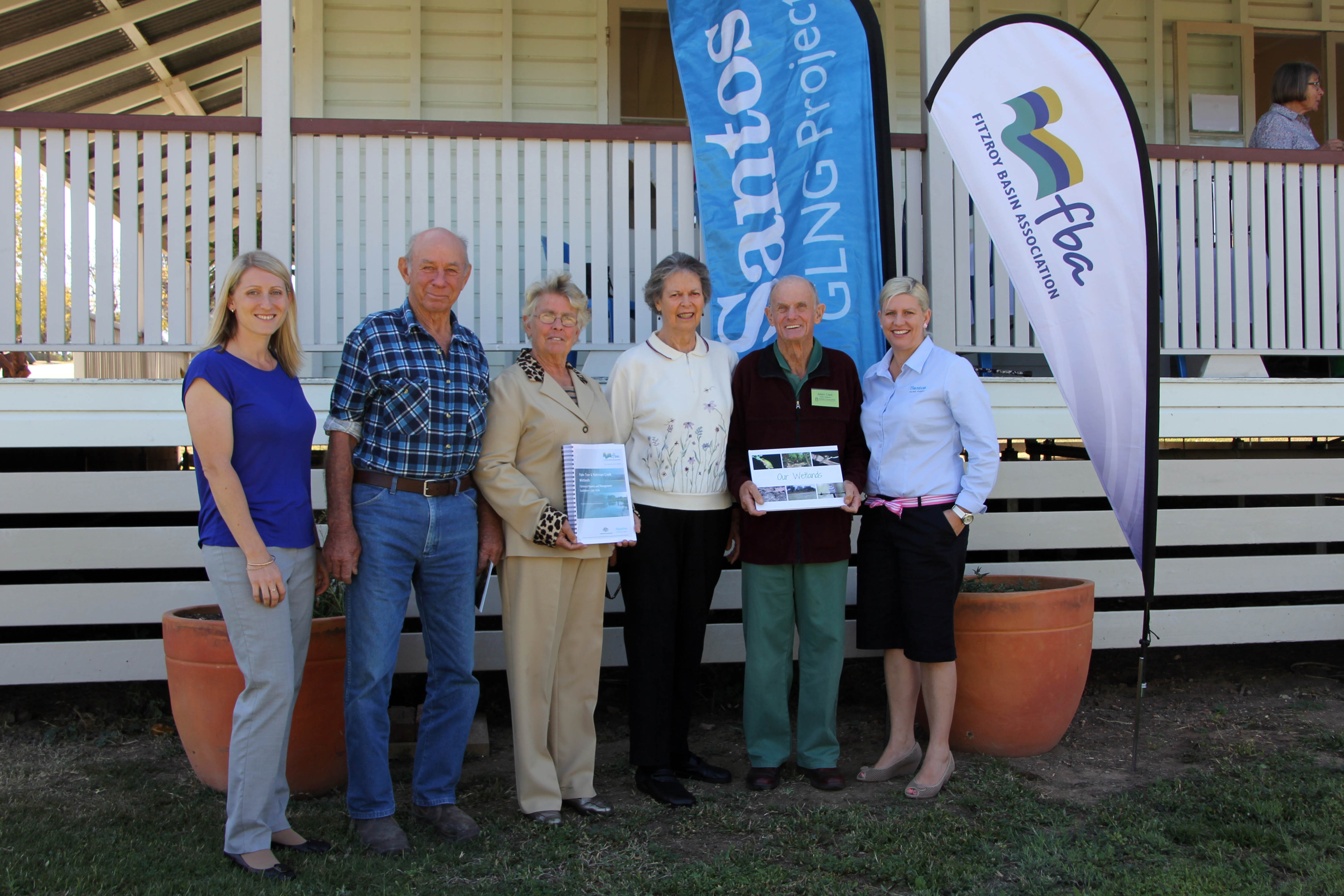 New research into the nationally significant Palm Tree and Robinson Creek wetlands, in the Upper Dawson River catchment, has revealed their importance as a refuge for both wildlife and livestock.
Fitzroy Basin Association Inc. (FBA) Chief Executive Officer Paul Birch said the Palm Tree and Robinson Creek wetlands are an aggregation of over 155 individual wetlands that help connect the Dawson River with the surrounding conservation area, including Expedition National Park.
“The wetlands are listed on the Australian Directory of Important Wetlands and cover over 50,000 hectares of shallow lakes, seasonal streams and ephemeral swamps,” Mr Birch said.
“Despite their obvious importance, very little was known about their ecology prior to this study, which was conducted by FBA in partnership with the Upper Dawson Branch of the Wildlife Preservation Society, landholders and members of the Taroom community through funding from the Australian Government and Santos GLNG,” he said.
Australian Government funding totalled $295,000 while Santos GLNG contributed $90,000.
The study revealed that the wetlands are home to 143 bird species, 39 reptile species, 33 mammal species (including 14 bat species), 14 amphibian species and 6 fish species. Of those 235 native vertebrate species, 25 have conservation significance.
Mr Birch also said 190 native plant species were found during the study, including some that are considered uncommon.
“This study confirms the importance of these wetlands, but it also reveals threats to their unique values. Cat’s claw creeper, a Weed of National Significance, and lippia were also found during the study.”
Mr Birch said the research findings have been used to develop management guidelines for the wetlands.
“The Guidelines for Management Report assesses the threats facing these unique wetlands and provides responses aimed at reducing the impacts. The guidelines are available now and are a valuable tool for managing and protecting the wetlands,” Mr Birch said.
Santos Vice President Queensland Trevor Brown said that Santos GLNG was pleased to support this new research into an important environmental asset for the region.
“We’ve been working in Queensland for over 50 years and making meaningful contributions for the benefit of the broader community is an important part of how we do business.
“The research into these wetlands and the management guidelines subsequently produced will help the community appropriately manage an area of historical and cultural value for future generations.”
Download the reports and management guidelines here (size 26MB).