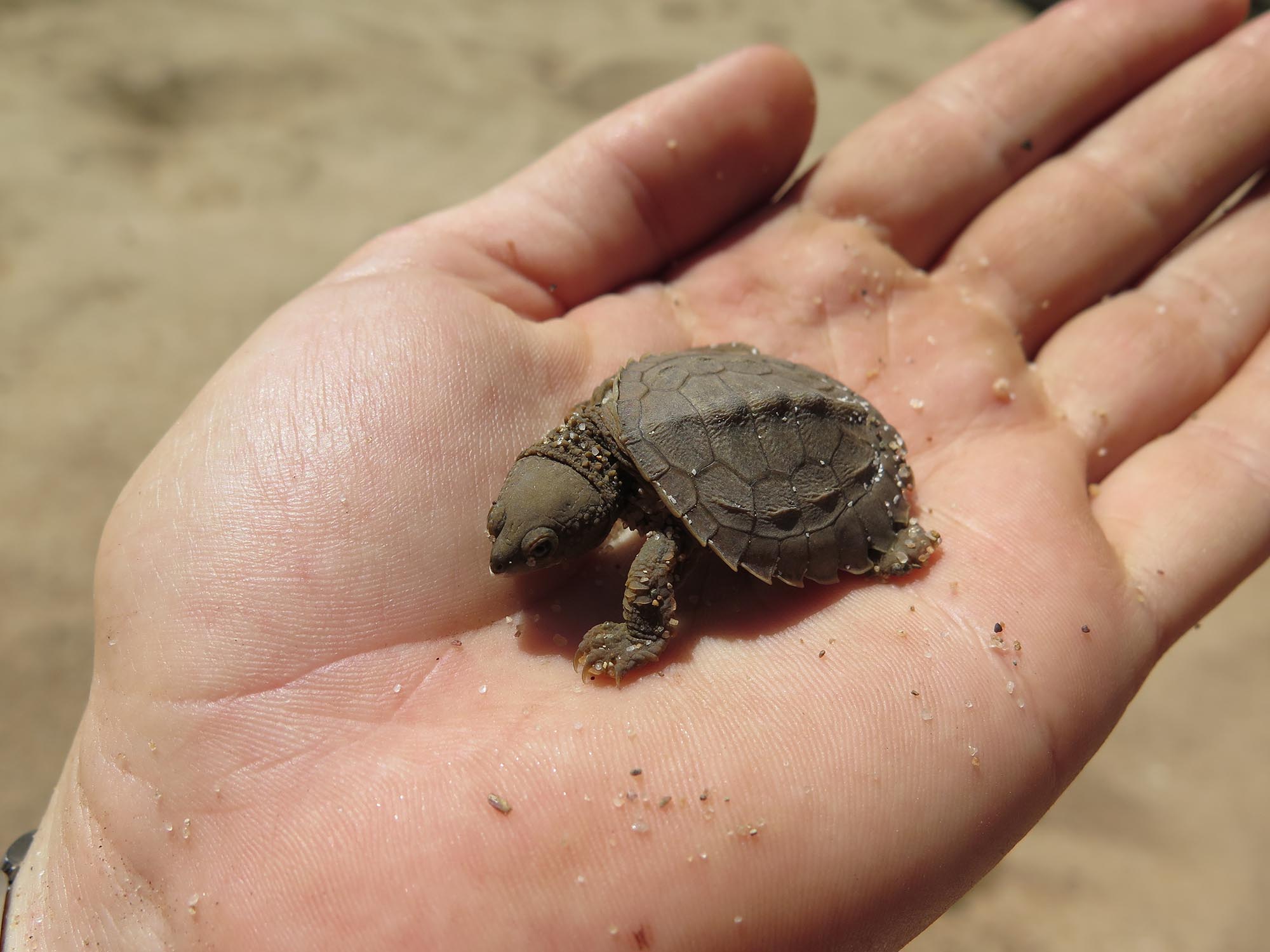 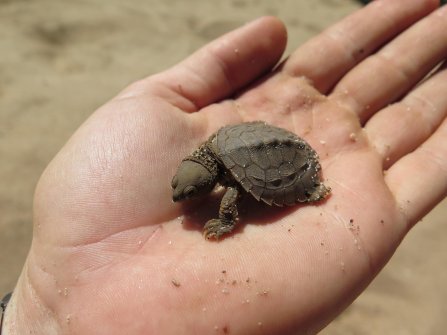 It has been another successful year for local freshwater turtle protection, with a record-breaking number of Fitzroy River Turtle (Rheodytes leukops) nests being monitored and protected this spring.
Fitzroy Basin Association Inc. (FBA) Senior Project Officer Cassandra Tracey said the Fitzroy River Turtle is an iconic species of the Fitzroy and Dawson River, and informally known as the bum-breathing turtle due to its unusual ability to absorb oxygen through its bottom, called a cloaca.
“Fitzroy River Turtles are incredibly unique and are found only in the Fitzroy Basin. They are also listed as vulnerable under both Commonwealth and Queensland legislation,” she said.
“The main threat to Fitzroy River Turtles is through predation, with research suggesting over 90 per cent of nests are predated, mostly by pest animals.”
FBA is working in partnership with Greening Australia through funding from the Australian Government’s National Landcare Programme and with additional support from Santos GLNG to protect the turtle nests and help secure their future.
Mrs Tracey said Greening Australia is contracted by FBA to conduct the on-ground nest protection, and with the additional support of Santos GLNG even more nests had been protected than last year’s record.
Greening Australia Field Officer Kymberly Robinson said they had worked with FBA for over 10 years to protect Fitzroy River Turtles, and all the organisations involved in the project were proud of their achievements to date.
“We use mesh to protect the nests, which stops predators from digging up the nests, while allowing the hatchlings to scramble through when they hatch and emerge from the nest. Eggs are incubated for 46 days so it is a significant task to find, monitor and protect numerous nests at different sites along the Fitzroy River.”
“In 2014 over 35 Fitzroy River Turtle nests were protected from predation, and that figure was more than doubled in 2015, with over 80 being protected. This year we’ve protected 195 nests, and we’re incredibly proud of this significant achievement,” Ms Robinson said.
To learn more about the Fitzroy River Turtle visit FBA’s FLOW Visitor Centre, Old Post Office building, corner of East and Denham streets, Rockhampton or check out our page on the Fitzroy River Turtle.