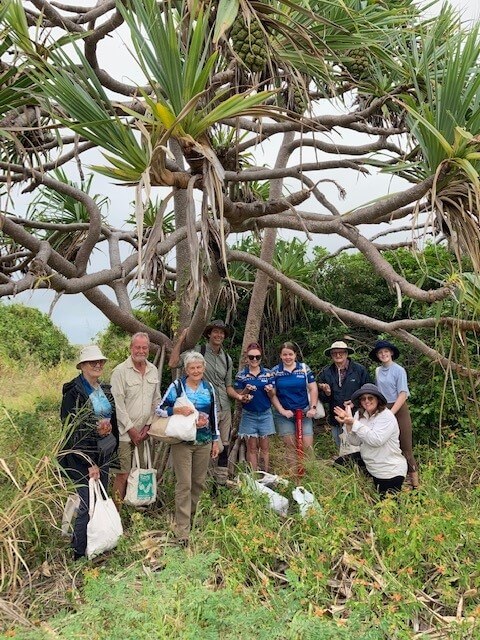 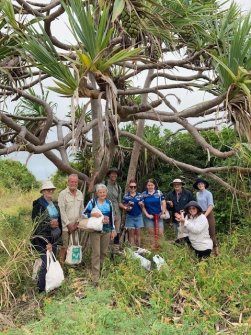 Pandanus expert Joel Fostin is known among coastal councils, conservation and community groups for his dedication and passion for beating pandanus-dieback with state-of-the-art science and good old fashioned hard work.

Fitzroy Basin Association (FBA) has collaborated with Joel to share his expertise in the cause of pandanus-dieback and, the cure for the deadly tree disease that is desecrating them one by one. But he’s only one man.

2500 pandanus seeds were planted in one weekend

Pandanus trees provide several important ecological services on our coastline such as stabilising dunes and providing habitat for native birds. With so many pandanus populations already killed off, it’s vital that our shoreline has new trees growing that are important to the health and preservation of these environments.

The devastating dieback condition is caused by infestations of an insect called the pandanus leafhopper which is endemic to north Queensland and easily spread to pandanus populations. The leafhopper feeds on the trees’ sap which then produces a sticky honeydew by-product that  encourages mould and fungal growth which in turn kills the trees at its growing points.

To make matters worse, secondary infestations of insects move in on the already weakened tree accelerating the deterioration. Symptoms of dieback include yellowing or browning leaves, increased amount of dead leaf matter at the base of the tree, thinning canopy and poor flowering and fruiting.

Helping to share his knowledge and inspiring others with his passion for pandanus survival solutions, Joel has consulted with Livingstone Shire Council, Gladstone Regional Council, Surfrider Foundation Capricorn Coast and countless local volunteers to bring them on board his crusade to save this iconic tree on our coastline.

Joel uses several different management techniques to mitigate dieback and one of those is the introduction of a parasitic wasp that is a natural predator of the leafhopper. He works to ensure there are active populations of the wasp which is the most effective long-term management method for pandanus dieback. They are a vital part of saving established trees and helping them recuperate and go on to thrive.

This project is supported by Fitzroy Basin Association through funding from the Australian Government’s Reef Trust program.