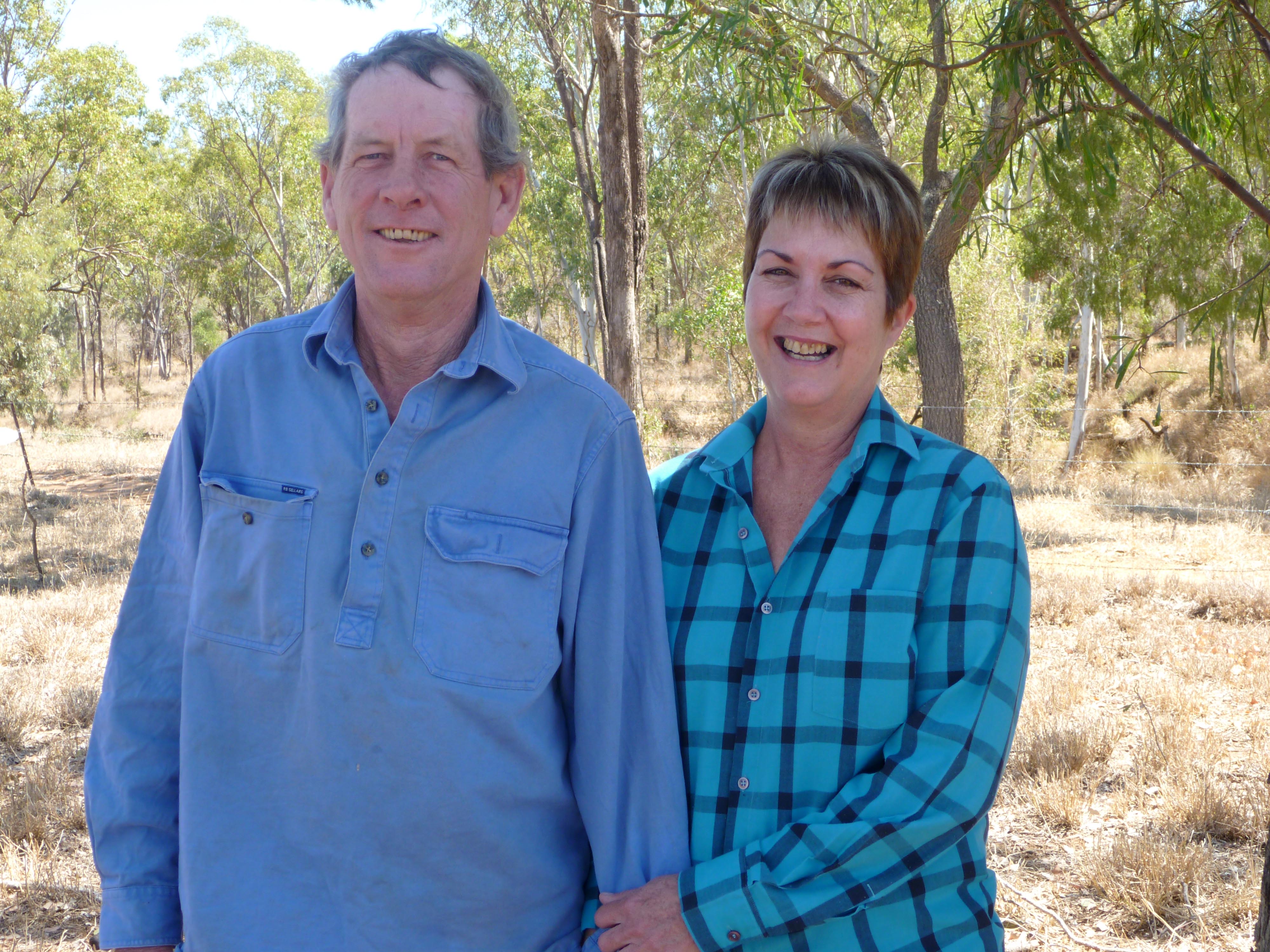 It might seem like a simple change, but by installing riparian fencing and creating smaller paddocks, grazier Jim Curran is implementing a long-term plan to overhaul his stock management methods and is already reaping the benefits.
Together with his wife Janet, Mr Curran manages Warwick Park, a 10,140 hectare grazing property about 10 kilometres north of Middlemount.
With the help of Fitzroy Basin Association Inc. (FBA) Mr Curran has installed almost 30 kilometres of fencing to protect his creeks and separate land types on his property.
He has seen the benefits first-hand, and now prevents his cattle from accessing creeks and preferentially grazing on open flats. This has allowed him to encourage his stock to graze previously under-used forest country and allow paddocks to rejuvenate.
“We have a lot more water in our paddocks now, so we aren’t walking so far to water them. Fencing has made it a lot better for mustering and keeping cattle spread out where you want them spread,” said Mr Curran.
He completed his first project with the help of FBA and delivery partner Three Rivers Sub Region (now known as Capricornia Catchments) in 2012, by installing 22 kilometres of fencing and 11 kilometres of poly pipe to feed new off-stream watering points.
He was so pleased with the outcome that in June 2015 he installed another 7 kilometres of riparian fencing and has plans to continue fencing his property’s waterways.
FBA CEO Paul Birch said with the support of FBA through funding from the Australian Government’s Reef Programme, the region’s graziers were able to significantly improve their enterprise’s land management while improving the quality of water that reaches the Great Barrier Reef.
“By implementing rotational grazing, enterprises can better control where and when their cattle graze to make the most of the land they manage,” Mr Birch said.
“This is a great example of the benefits of the Australian Government’s Reef Programme in supporting graziers to improve their land management practices and therefore improve local water quality.”
Mr Curran inherited the property from his parents, and plans to pass it to his four girls in the future. Therefore ensuring a long-term, sustainable and profitable business for themselves and their family is a high priority.
“It’s not just about the creek system, it’s about everything like healthier grass, weed management, it’s all things rolled into one, really,” he said.
Mr Curran said other graziers should consider working with FBA and Capricornia Catchments to make improvements. “Don’t be scared of going to FBA and doing it. It wasn’t like I thought it was going to be. I’m glad I did go there now, otherwise I would’ve missed out on so much.”
For more information on Australian Government Reef Programme funding opportunities visit www.fba.org.au.