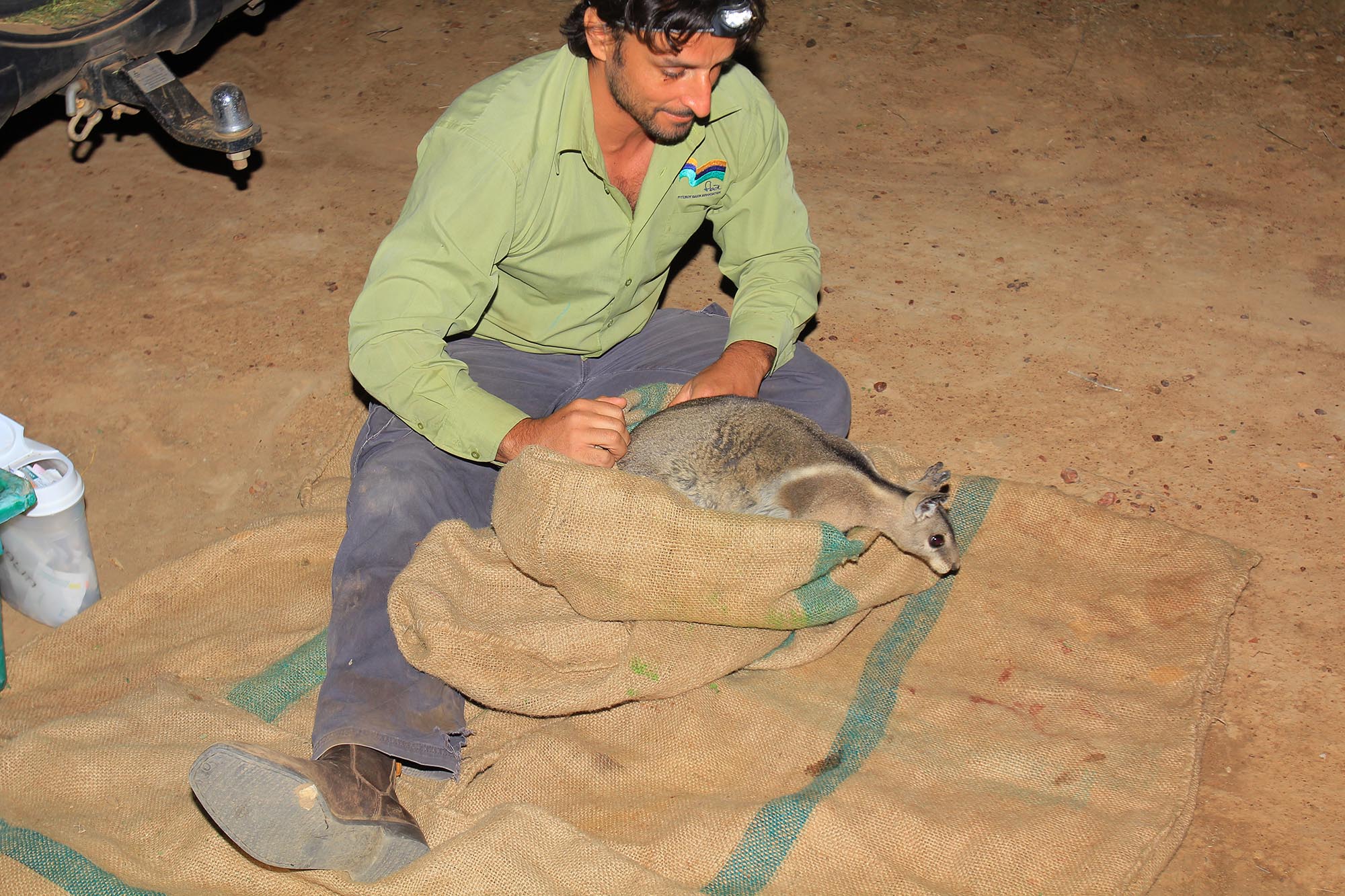 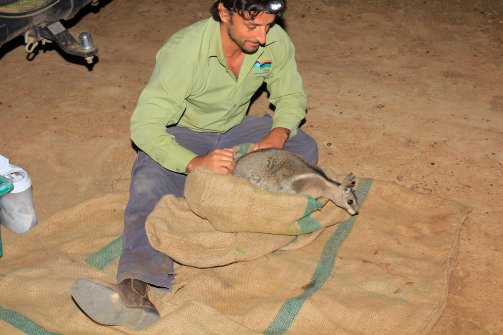 Under the cover of darkness at Taunton National Park, 135 kilometres west of Rockhampton, a team of Queensland Parks and Wildlife Service (QPWS) staff and volunteers worked through the night last month to undertake the annual capture and count of the endangered bridled nailtail wallaby.
The species was believed to be extinct until it was rediscovered by a fencer in 1973 in what is now Taunton National Park near Dingo.
Since the park’s gazettal, the focus of research and management has been on the conservation of this critical population.
Over the past three years a dedicated team has undertaken an enhanced program of conservation involving wild dog and feral cat control, habitat rehabilitation and genetic research.
The project is supported by Fitzroy Basin Association Inc. (FBA) through funding from the Australian Government’s Biodiversity Fund, with on park work undertaken by Queensland Parks and Wildlife Service. It is also supported by CQ University and The Friends of Taunton from the Wildlife Preservation Society of Queensland.
FBA’s Senior Project Officer, Cassandra Bouna said the team was always excited to undertake the annual survey, with the 2015 survey the busiest one they have had capturing 160 wallabies over four nights.
“The entire project team is pleased that despite the drought it appears the recovery program is working. 160 Bridled Nailtail Wallabies were captured and with 25 per cent of these a smaller size, it allows us to assume that the population is at least steady and perhaps increasing, despite the dry conditions,” Ms Bouna said.
“Since the project commenced in 2013 we have removed more than 90 feral cats from the park – the major predator of juvenile wallabies.
“We have also worked closely with local landholders to implement a regional coordinated wild dog baiting program and establish six new fenced wildlife corridors to rehabilitate the landscape and support the conservation of this unique local species,” she said.
“We commend local landholders for their ongoing efforts, particularly with pest management and understanding the value in creating wildlife corridors around Taunton National Park.
“In time we hope the combined efforts of QPWS, local landholders and volunteers will work to facilitate an increase of the bridled nailtail wallaby population and their movement outside of Taunton and into surrounding habitat for a more secure and long-term future,” Ms Bouna said.
John Augusteyn said the Queensland Parks and Wildlife Service was delighted to continue its work with the Fitzroy Basin Association, protecting threatened species in its national parks.
“Taunton National Park is a scientific special management area gazetted to protect the bridled nailtail wallaby and its habitat.
“The funding has enabled QPWS to focus its efforts on intensive predator management and manage the threats to the wallabies adaptively.
“Despite the ongoing drought the recent count suggests that the work to control predators is having a positive effect on the population size,” Mr Augusteyn said.
Although the number of wallabies has increased, recent testing showed that the drought was taking a toll on their health, with many tested in poor condition and showing signs of anaemia.
As a result, and to ensure the survival of the population, QPWS rangers and staff from the Environment and Heritage Protection Agency have started regularly providing drought relief food at forty specially-designed stations set up across the park .
Specialist wildlife vets from the Northern Territory and Dreamworld on the Gold Coast and captive breeding experts from the Australian Animals Care and Education group have also been assisting with the program to improve the health of the remaining wallabies.
For more information about the bridled nailtail wallaby and the project at Taunton National Park visit www.fba.org.au/portfolio/bridled-nailtail-wallaby.