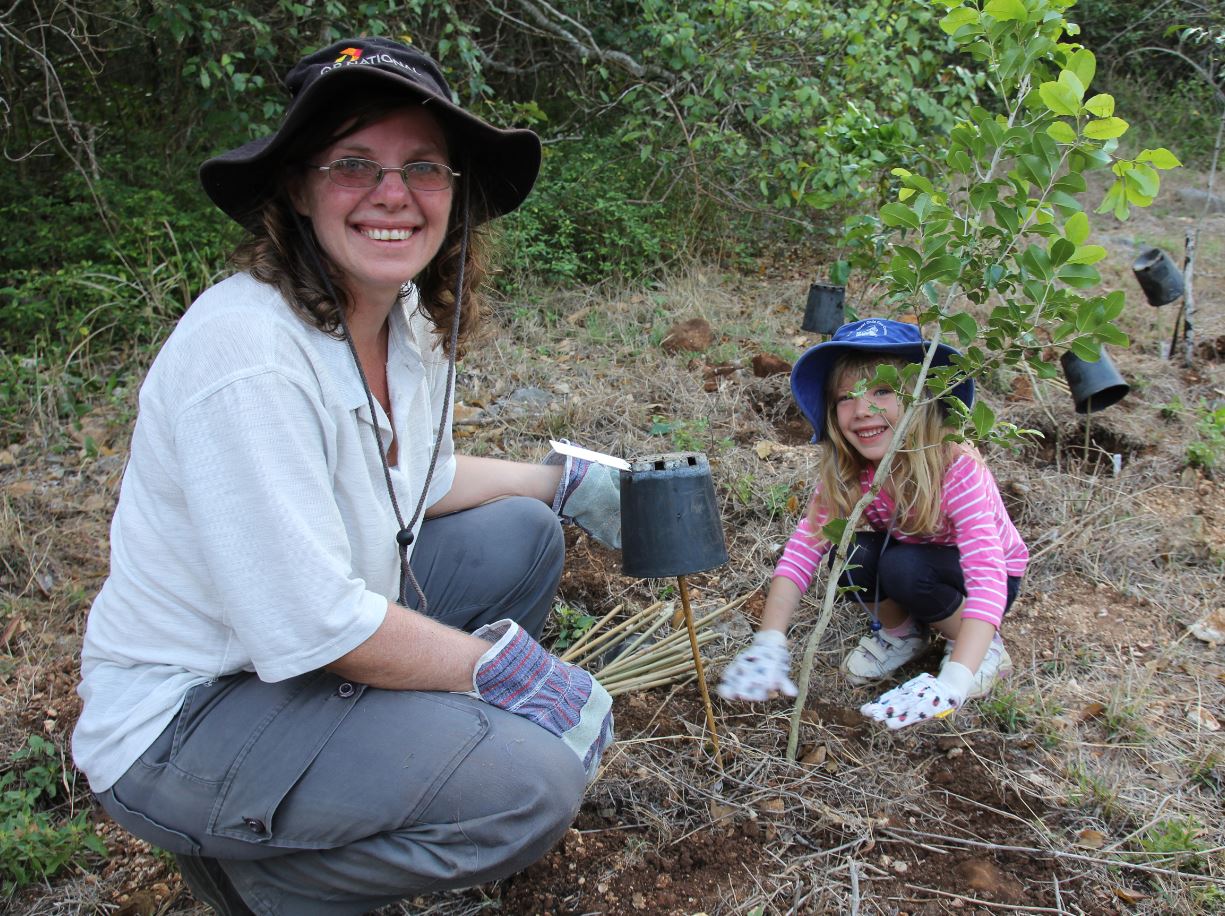 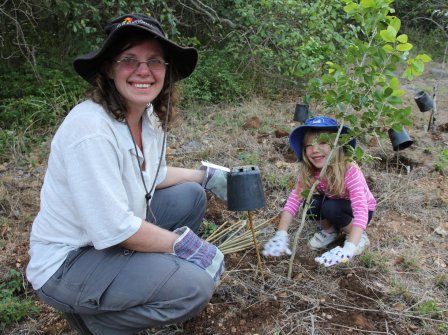 Celebrating trees at Mt Etna for a battier, fruitier future

On Saturday 20 project volunteers and Queensland Parks and Wildlife Service staff gathered at Mt Etna to celebrate the end of a project that has seen 5.5ha revegetated with over 8,300 plants. Aimed at ensuring the long-term survival of semi-evergreen vine thicket (SEVT) and ghost bats, the project has attracted more than 100 participants over two years.

“To my knowledge this is one of the biggest planting of SEVT in Central Queensland to date which is a real credit to everyone who’s been involved.” Over 100 community volunteers have been involved in planting 8,300 trees to help restore habitat at Mt Etna National Park.

Cassandra says that while it will take about 15-20 years to realise the full benefits of the project, it will be interesting to watch the positive changes grow along with the trees. The new plantings are strategically placed to protect semi-evergreen vine thicket from weed and fire invasion.

“We’ve deliberately created a long buffer strip with our planting to protect existing SEVT growing uphill from invasive weeds and fire but also to increase its patch size.” she said.
Small patch size, weed invasion and fire present the greatest threats to SEVT, however Cassandra suggests the benefits will extend well beyond protecting endangered vegetation.
“The foodchain connections are really interesting because ghost bats forage for a range of prey within SEVT including rodents, smaller bats, birds and large insects.

“As our trees grow, they’ll provide more insect habitat and increase the edges which is a huge bonus for bats.” And there will be benefits in the broader landscape too. Cassandra explains that as the plants start fruiting, they’ll provide more food for migratory and resident fruit pigeons.
“SEVT is a pretty diverse habitat and fruit pigeons love it. They’re really important from a landscape perspective because they eat, carry and poop the next generation of trees as they travel – which is as good as planting trees for free.” says Cassandra.
Semi-evergreen vine thicket (SEVT) and ghost bats are both listed as threatened under the national Environmental Protection and Biodiversity Conservation Act 1999, with the status of ghost bats elevated from vulnerable to endangered under Queensland legislation in May this year. This project makes a significant contribution to protecting Central Queensland’s plants and animals and was funded under the Australian Government’s 20 Million Trees Program as part of the National Landcare Programme.