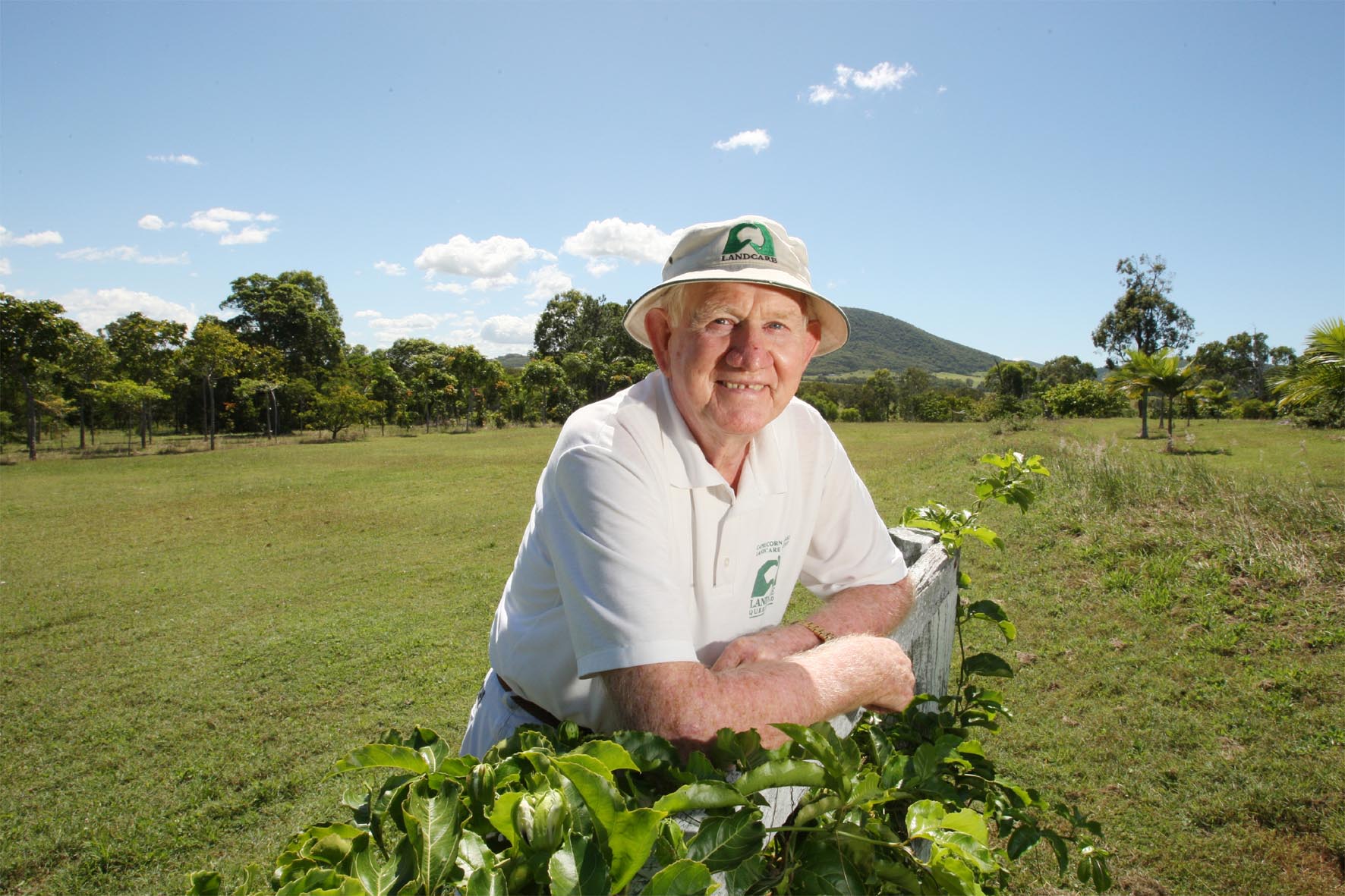 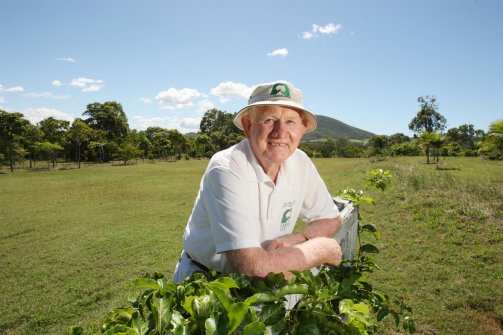 In the late 1980s Alby Wooler was so impressed with the Landcare movement starting in Victoria that he and a group of interested farmers decided to form their own group on Queensland’s Capricorn Coast.
The group started as a support group and learning tool for local farmers in 1987 and has since progressed to include urban areas, community education and awareness initiatives, as well as the Junior Landcare program.
Alby says the best thing about being involved in Landcare is “being able to make a difference in the area I have chosen to live and being part of changing people’s attitudes to respect, enhance and enjoy the natural beauty of the Capricorn Coast”.
“The coast, hinterland and Keppel Bay Islands make the area a rich and beautiful place to live,” he says. “The Capricorn Coast community is friendly and progressive in agriculture and protecting the environment.”
Alby is particularly proud of starting the Junior Landcare movement in the early 1990s, and the Envirolink Education and Resource Centre in 2000. Through these, he has inspired generations of students to love the environment. He is also thrilled that some of those students have since developed careers in the environmental field.
Alby has been the group’s president for much of its life and he received the Queensland Individual Landcarer Award in 2005, and was a runner up in the National Individual Landcare Award the following year.
Although Alby has retired as a master builder and business owner, he is still a very busy man. Apart from his work with Landcare, he is also a founding member of Capricorn Edible Plants and a rare fruit grower. His love of fishing and boating assists in his role as a stakeholder member for the environment of the Capricorn Coast Local Marine Advisory Committee, which advises the Great Barrier Reef Marine Park Authority on local marine issues and management directions.
Alby’s extraordinary volunteer efforts have not gone unnoticed. Livingstone Shire Council named him Citizen of the Year in 2005, and he received the Premier’s Award for Seniors that same year. In 2008, Alby was an Olympic Torch Bearer for the Beijing Olympics and a Queensland Government residential complex, Alby Wooler Place, was named in his honour.
His advice to people considering getting involved with Landcare is simple. “Get involved,” he says, “Being a volunteer is great—what you put into life is what you get out of it”.
“Landcare is a good mix of people of all ages and from all walks of life who … come together to work for, and share in, a beautiful future.”
About Landcare
Landcare is a national network of volunteer community groups who work to protect the country’s biodiversity at a local scale. Landcare volunteers also help facilitate workshops, training sessions, wild dog removal programs and community engagement events.
There are currently 14 Landcare groups in the Fitzroy Basin who actively protect our fragile ecosystems by removing weeds and replanting areas with native vegetation.
The Australian Government funds a regional Landcare facilitator in each of Australia’s 56 natural resource management regions. These facilitors support local Landcare groups to adopt sustainable land management practices and to protect Australia’s landscape. Fitzroy Basin Association is the host organisation for central Queensland’s Regional Landcare Facilitator.
If you are interested in starting a Landcare group, or in joining an existing group, please contact the Fitzroy Basin Association’s Regional Landcare Facilitator on (07) 4999 2800.